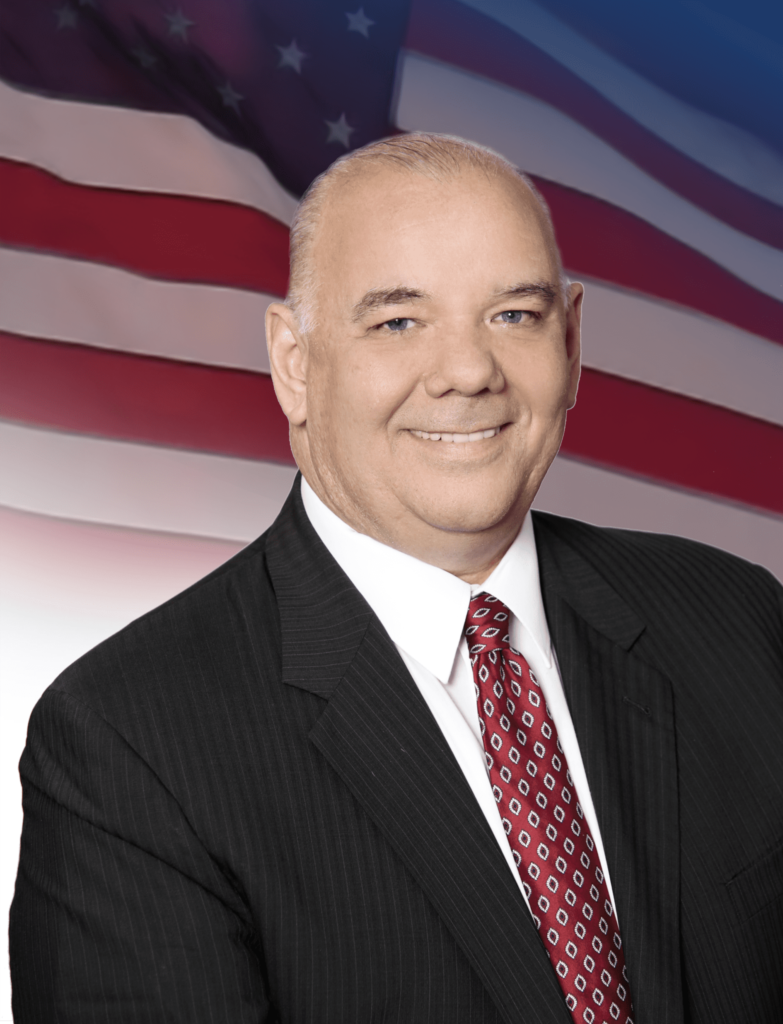 Joseph Pangaro is a retired 27-year veteran police officer, retiring at the rank of Lieutenant in 2013. Lt. Pangaro was the lead training instructor of his police agency and certified as an instructor by the NJ Police Training Commission. Lt Pangaro was trained in school Security Assessments by the Dept. of Homeland Security. Lt. Pangaro is also a trained and certified Crime prevention officer who continues to train police officers at police academies throughout the Northeast. Lt. Pangaro has built the curriculum for school security training programs including “Plan and Prepare” and “Planning the Active Shooter Drill”. These programs are based on his experience as a police training officer and delivered to hundreds of police officers and schools in the region. He has also created multiple training programs, both classroom and hands on based, designed for the school, law enforcement and business communities on topics of safety and security, proper investigations, anti-drug awareness, cyber bullying, interview skills and violence response.

Lt. Pangaro has written many articles on safety and security for multiple publications including: The FBI World Wide magazine, NJ COPS, Blue Magazine, and The New South Wales Law Enforcement Gazette and won awards for his school safety and security articles for children on the Autism Spectrum from Autism Parents Magazine. He has also been featured in newspaper reports and on national radio with reference to school security and safety.

In addition to security training programs, Lt. Pangaro provides Threat, Vulnerability, and Risk Assessments (TVRA’s) for schools and businesses since 2008 In 2013 Lt. Pangaro took on the challenges of school security directly as the Director of School Safety and Security for the Manalapan-Englishtown Regional School District in NJ. He attends many school security training programs hosted by the Dept. of Homeland security and the Dept. of Education to continue to enhance his knowledge of best practices. The combination of a career in law enforcement and school security has provided Lt. Pangaro with a unique view of school safety and security needs, as well as an eye for uncovering the weaknesses in the security of these facilities. Lt. Pangaro is dedicated to keeping children, teachers, adults and officers safe. It is his passion. 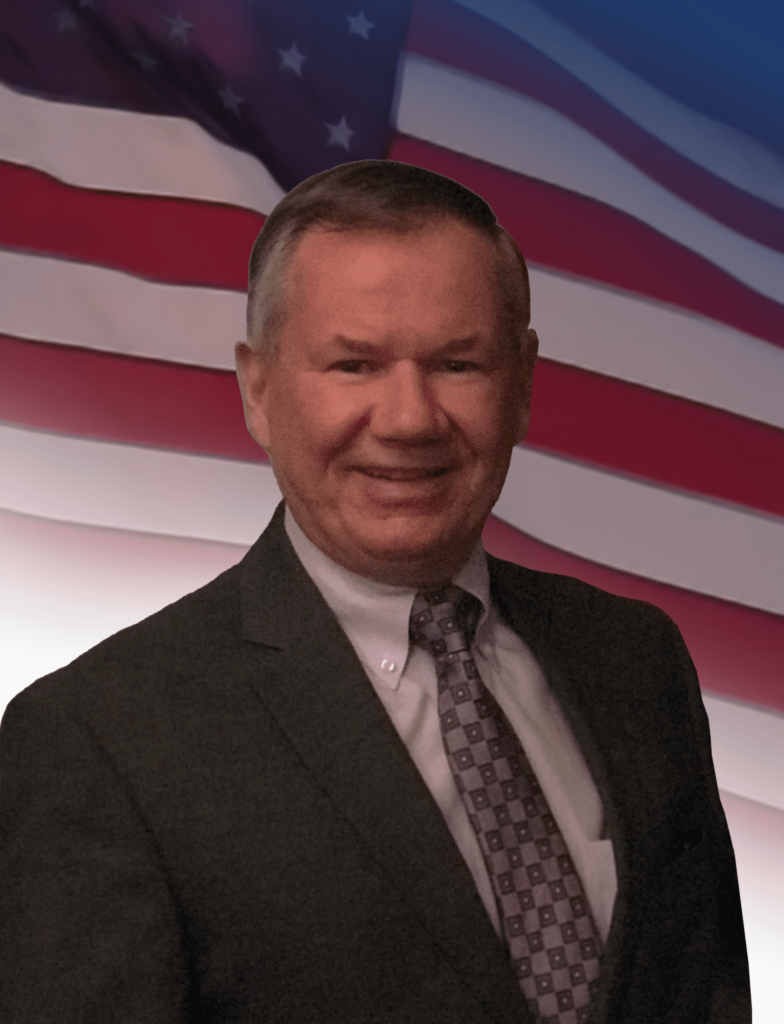 Kevin P. McDermott began his Law Enforcement career with the Township of Ocean Police Department in March of 1979 upon completion of the Monmouth County Police Academy. His career spanned five decades ending with his retirement in 2013. During that period of time he served as a Patrol Officer, Youth Detective, Patrol Sergeant, Detective Sergeant, Detective Lieutenant and Operations Captain.

He also served as the Deputy Coordinator of the Office of Emergency Management, member of the Township of Ocean Municipal Alliance to Prevent Alcohol and Drug Abuse and member of the Monmouth University Community Relations Task Force. He is a graduate of Brookdale Community College. He is also a School Resource Officer, Certified Public Manager and has completed the New Jersey State Association of Chief of Police Command and Leadership Program. 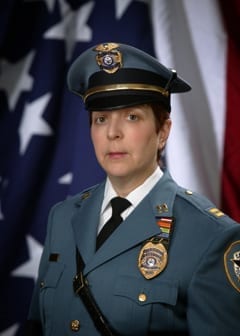 Donna Roman Hernandez was born, raised and educated in Newark, New Jersey.  She is a former Police Captain and Patrol Commander who served 30 years in policing in the Patrol Division of both the Essex County Police and Caldwell Police Departments in New Jersey.  She was the first female bilingual Hispanic Officer to be hired by Caldwell and to achieve the rank of Police Captain in the West Essex area of northern New Jersey.

Captain Roman Hernandez was the second in command of the Caldwell Police Department and also served as the Acting Chief of Police.  She was the Commanding Officer of the Patrol Division, Domestic Violence & Victim Services Unit and the Caldwell Police Department’s Accreditation Manager.  Captain Roman Hernandez was the first-runner up recipient of the National Positive Police Force Award for heroism in the line of duty having saved the life of a domestic violence teen victim.

She is the CEO of Blue Force Films, a film production company, based in New Jersey.  Her films have garnered 38 indie international and domestic film awards, including, “The Ultimate Betrayal:  A Survivor’s Journey” that chronicles the decades of domestic violence she endured in her home setting.

Donna was the Managing Editor and wrote a monthly column, Women in Blue for NJ Blue Now Magazine and hosted two radio show podcasts, The Jersey Beat and Tough Justice.  Currently, she is a contributing writer for other police publications.  An award-winning writer and public speaker, Donna’s new book, Battered Blue will be published in spring of 2019. 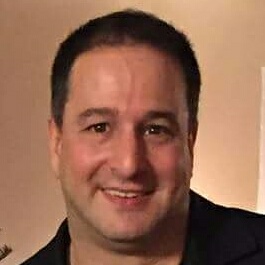 Barry Cohen has 20 years of experience in Law Enforcement. He currently serves as a Captain for a municipal police department in the position of the Executive Officer in charge of the Administration and Training Bureau. He has been responsible for the training of sworn law enforcement personnel. Some of the Police training that Barry was responsible for, includes: Diversity, Report Writing, Defensive Tactics, Firearms, Active Shooter, and Supervisory Skills. Mr. Cohen possesses certification in Leadership and High Impact Supervision Training from Penn State University, Active Shooter Response and Mitigation, Threat Assessment, Firearms, Adult Learning and Practices, Neuro Linguistic Programing, as well as several other certifications.

Mr. Cohen is an accomplished Human Resources professional that possess over 20 years of experience in all facets of Human Resources, Organizational Development and Training. He has worked with a variety of organizations in developing and facilitation training programs. Barry possesses expertise in Talent Development, Management Development, Succession Planning, Executive and Mid Management Performance Coaching, Change Management, Diversity, and Sales Training. He has worked with organizations of all sizes, across numerous industries. Barry possess a Bachelor’s Degree in Psychology from Fairleigh Dickenson University.

Mr. Cohen presents various training programs to businesses, schools, churches and community groups on active shooter, personal defense, leadership, and other topics. He is able to conduct thorough needs analysis and design and facilitate top notch training programs that exceed client’s expectations. Additionally, Mr. Cohen possess the capability to write grant proposals. He has been successful writing and securing several grants for various corporations as well has his municipal police department over the years. His ability to deliver creative and interactive training programs and to think outside the box and deliver innovative problem-solving solutions set him apart from the rest of the pack. 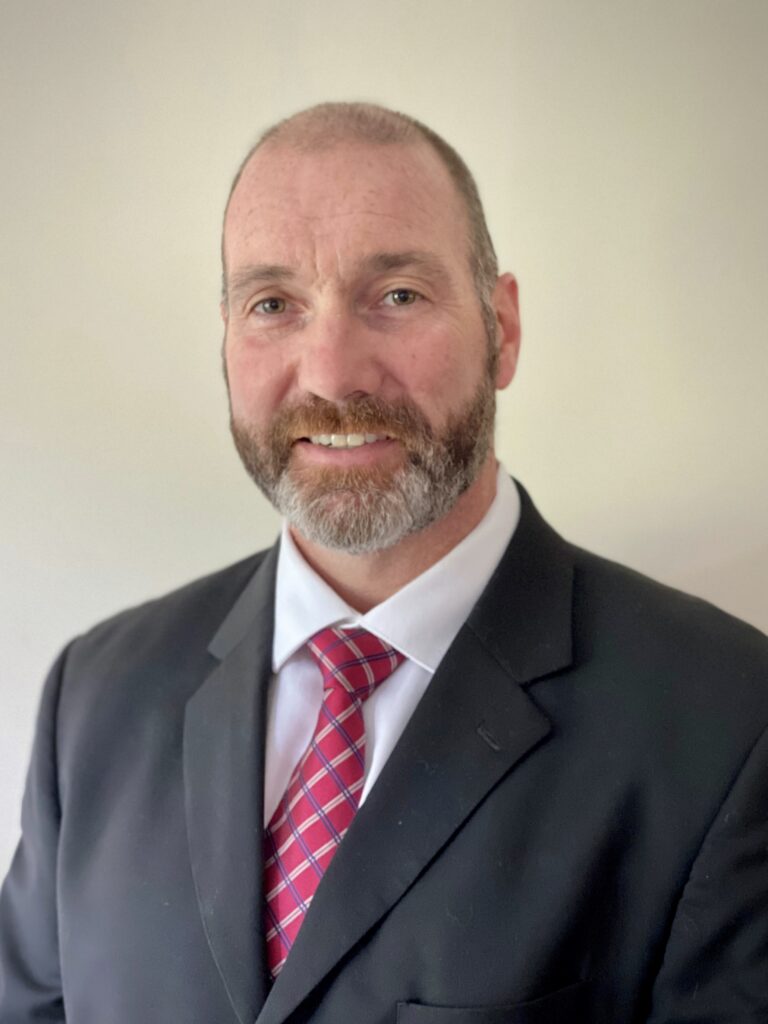 Jim Varick has been employed in state level law enforcement for nineteen years. He has served as a public safety bomb technician for the past fifteen years. As part of his current assignment he is deputized as Task Force Officer with the Bureau of Alcohol, Tobacco, Firearm, and Explosives (BATFE) where he is a Certified Explosives Specialist (CES). He is a Certified International Post Blast Investigator (CIPBI) with the International Association of Bomb Technicians and Investigators (IABTI).

In addition to his law enforcement career, Jim has served as a volunteer firefighter for twenty-three years including four years as a Chief Officer. 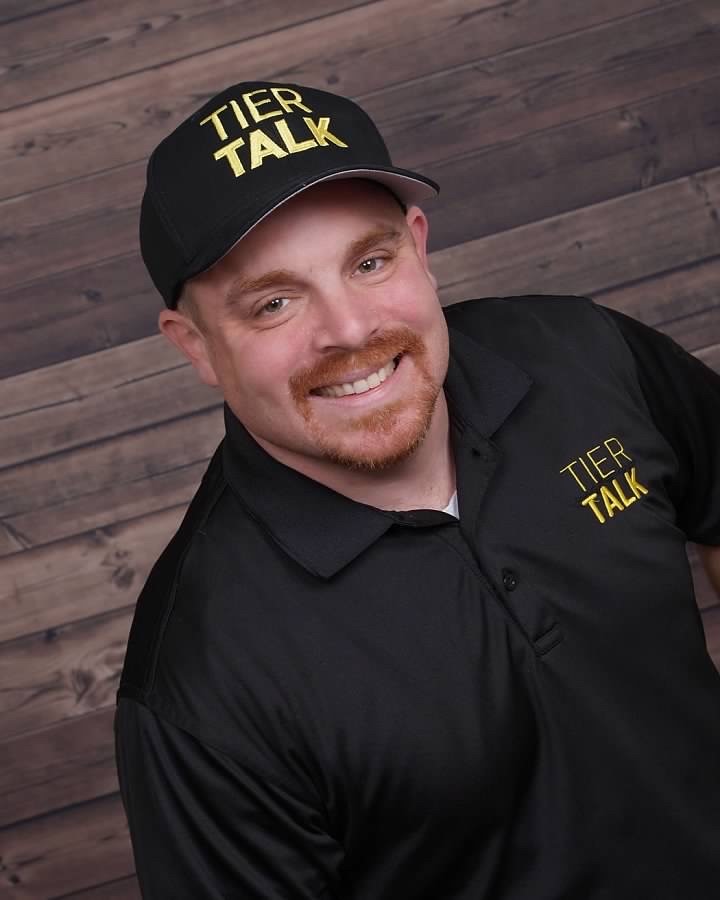 For over 18 years, Anthony Gangi has worked in the correctional setting dealing with both male and female offenders. He served on the custody level and has moved through the ranks from line officer to upper-level management. With a background in Psychology, he has become a leading expert in inmate manipulation.

He is currently the host of Tier Talk, which can be found on YouTube, an Executive Board Member of the New Jersey Chapter of The American Correctional Association, and Keynote Speaker at national events that center around the Correctional Industry.

He is also the author of ‘Inmate Manipulation Decoded,’ which is available on Amazon, and has appeared on many major networks, including AC 360, Out Front with Erin Burnett, Politic Nation with Al Sharpton, Fox and Friends and Lifetime, promoting the field of corrections. With over 50,000 followers on his social media networks, Anthony Gangi is considered a leading pioneer and advocate for Corrections. 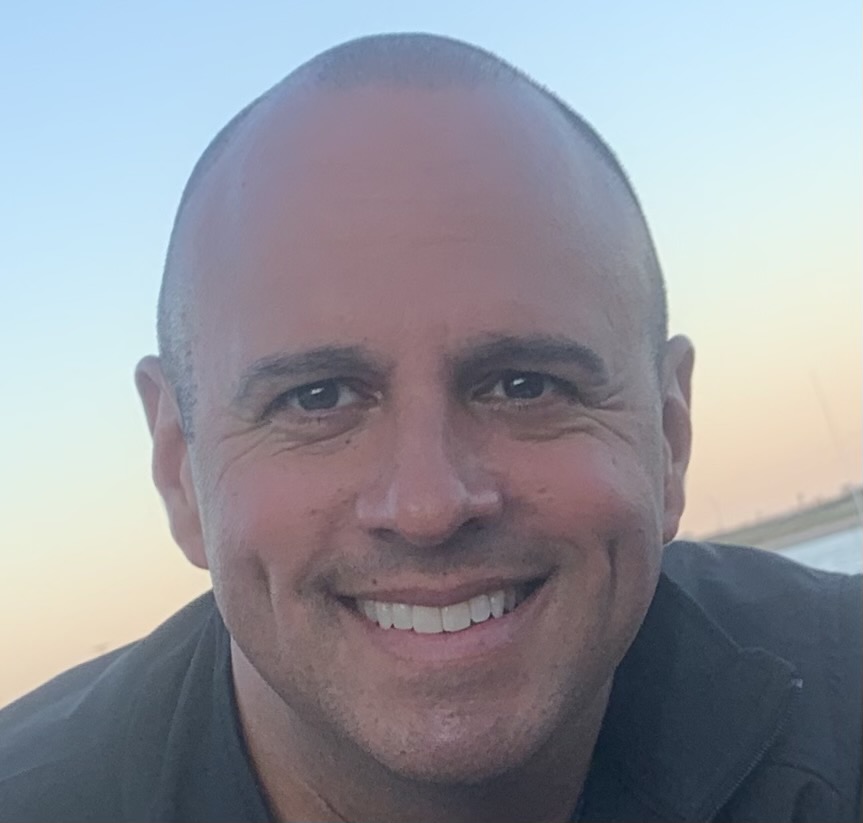 Eduardo Segarra III is the CEO and Training Coordinator for Life Safety Solutions LLC. and brings with him over 30 years of combined military, law enforcement, and SWAT experience. His career started with his service in the United States Marine Corps while obtaining his degree in Administrative Science and Criminal Justice.

Ed served as a Detective Lieutenant with the Township of Ocean Police Department where he was also the department’s training officer and accreditation manager.  He also served as the Assistant Commander for the Monmouth County Emergency Response Team (SWAT). He is a certified instructor in Active Shooter Response, Firearms, and Crime Prevention.

During his almost three decades of job experience, Ed has amassed multiple certifications and years of real-world experience in the tactical and security field. He possesses certifications from Homeland Security in Protective Measures, School-based Threat, and Vulnerability Analysis, as well as the P.A.T.R.I.O.T.  Training System.  As a certified active shooter instructor, he has trained over a thousand SWAT, law enforcement, and civilian personal in the proper methods of preventing, containing, and dealing with an active assailant situation.

We have a group of undercover police officers who are currently in ACTIVE duty and deployed in an undercover capacity and therefore cannot have their identity revealed. “Undercover Police Officers” are a group of officers providing detailed and comprehensive lectures addressing current trends in criminality; specifically, street gangs, narcotics trafficking and vehicular/residential concealment. Comprised of a skilled team of Federal, State and Regional Law Enforcement professionals currently operational in their field of expertise, each lecturer provides training that details current trends, specific knowledge of the subject matter and the officer safety issues for their respective topic. They can provide an in-service hosted seminar on site for your members of service & guests. Hosted training is a smart choice for law enforcement agencies who are limited by budgeted funds or geographic location. It offers flexibility and significant cost savings while providing current and relevant
training.