How Has Police Interviewing Changed? 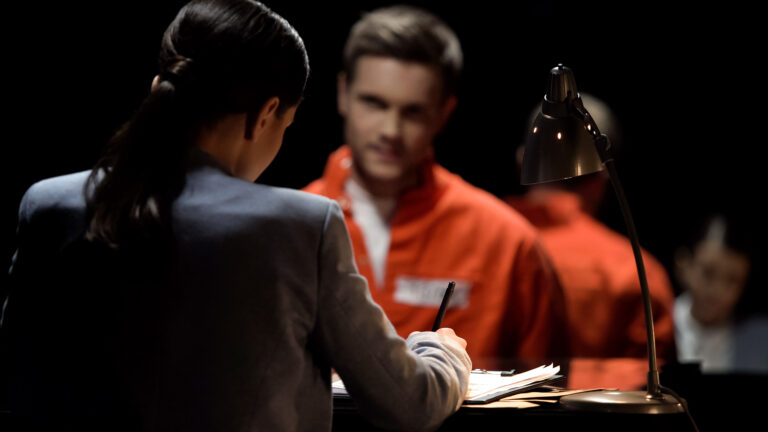 As technology advances, so do processes in every profession and aspect of life. Over the years, the practices and procedures of policing have certainly changed. More specifically, the practices of police interviews have adapted to modern technology over the years. We interviewed Lt. Joseph Pangaro, a retired 27-year veteran police officer and current certified police trainer, to see how police interviewing has changed over the years and his experience with AVfusion, an interview & interrogation recording platform.

Question: What are previous technologies that were used in the interview and interrogation room before the development of interview room recording?

Lt. Pangaro: Officers took handwritten notes. Over time, we moved to technology and used simple VCR recorders, then camcorders, and finally some digital products came out that made the interviewing process better. Unfortunately, many of these units did not properly sync the voice and picture, which created avenues for attorneys to question the recording’s validity. Now, with advanced technology like AVfusion that utilizes frame-by-frame synchronized audio and video, paired with integrated note taking and a fully searchable database of cases and suspect names, interview room videos are more efficient than ever for officers and attorneys to view when gathering evidence. Best of all, during lengthy interviews, an investigator or attorney can simply bookmark an important statement to go back to later, which is perfect for referring to evidence in investigations.

Lt. Pangaro: Since most states now require the police to audio and video record interviews with suspects, interview room equipment makes this process much simpler. Instead of having to set up a recorder or camera, the officer can simply turn on the equipment to begin recording. Multiple interview rooms can be viewed by prosecutors, detectives, supervisors, and anyone else who has the credentials to view, using any PC with the AVfusion software. AVfusion also integrates with body worn cameras, which is perfect for protecting solid evidence that may be obtained outside of the interview room. All video evidence is also watermarked, making it presentable for trial in the court room.

Question: How have interview room recordings been used by police?

Lt Pangaro: Law enforcement recordings of interviews with suspects are used to document the interview and show clearly who was in the room, what was said, and what was done during the interview. The recording has removed many defense accusations of improper treatment of suspects by the police and protects officers from allegations of coerced confessions. A good recording can also show how the suspect behaves and speaks in the real world, not as they are instructed for court.  The recordings are also used in the prosecution of suspects in court.

Question: Have you seen a difference in the interview process with interview room recording versus when interview recording wasn’t implemented?

Lt. Pangaro: Yes. Knowing the value of a good recording of an interview, the investigator can ask questions and conduct demonstrations with a suspect to fully reveal the suspect’s motives or actions. Knowing that defense accusations of improper treatment, coercion, and threats against a suspect can easily be overcome by simply watching the recording provides the investigator with confidence in their interview.

Question: Have methods of police interviews changed over the years?

Lt. Pangaro: A police interview is really a conversation between two people. Over the years, the techniques have changed based on a greater understanding of human nature and motivations, as well as body language. More officers are using demonstrations during an interview to show the police behavior, as well as the suspect’s behavior and cooperation during an interview. A good recording with perfectly synced audio and video during an interview can provide amazing insight into a suspect’s thought process, behaviors, and actions.